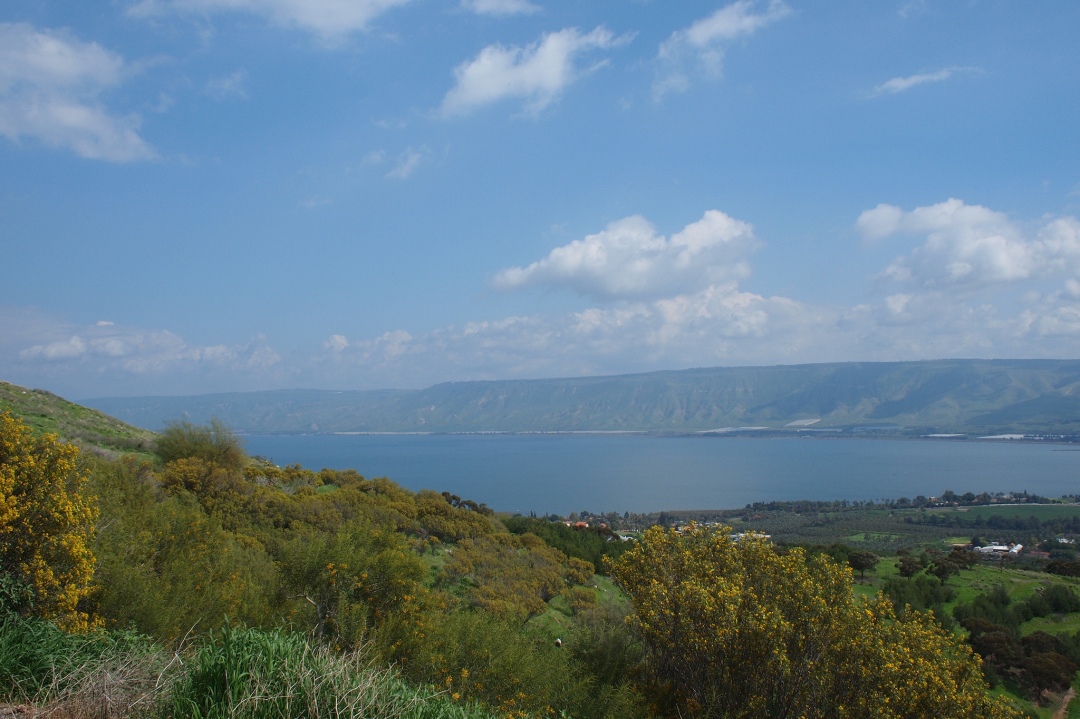 Belated Greetings from the Galilee: Roots, Branches, Forests and Power

Lee and I celebrated our 50th Wedding Anniversary on a Road Scholar trip to Israel and Jordan in April. It was dubbed “The Trip of a Lifetime.” I found that tagline trite at first. Now I heartily embrace it. I brought my laptop on the trip hoping to knock out a quick post. How naive. There are deep levels to explore within Israel’s complex ecosystem: from the miraculous to the heart breaking. I made some notes, but, it was when I had time to leisurely poke around that “Belated Greetings” took shape.

This post aspires to weave together: exposure to Israel in my youth, long-standing discomfort with “Zionism” as an adult, and the allure of Israel always. The discussion of JNF’s land and forest oversight returns the reader to green themes and climate activism. While it’s not a quick read, I hope you’ll like it.

As a little girl I heard about Israel from my mother. She was active in Hadassah before I was born in 1946, and long after. Even when I visited her at Fountainview after she turned 100, I often found her with a huge magnifying glass in one hand and the Hadassah News in the other. My mother was born in 1906, about a year after her mother and four siblings left Plonsk, Poland to join Samuel Botkin, my grandfather, in New York.

David Ben Gurion, the first Prime Minister of Israel, emigrated to Israel in 1906 from Plonsk. He often came up in conversation when my Uncle Lou talked about “the old country.” Whether we were visiting a Kibbutz on the Galilee or walking in the market in Tel Aviv in April, I couldn’t get over how frequently I noticed people who looked like Uncle Lou. I wanted to ask if they came from Plonsk, but hearing them speak Hebrew, I demurred. I savored those moments, perceiving it as evidence that my bloodline in Israel appeared to be intact. Poking further into David Ben Gurion’s life, I learned the largest per capita Aliyah to Israel in its first waves was from Plonsk. (Another reason for all those Uncle Lou look-alikes.)

The first Hadassah meeting I attended with my mother was probably at the East 52nd Street building cited in this fascinating wikipedia article about the early history of Hadassah. In it I learned that Polish youth orphaned during the Holocaust were the first Youth Aliyah to arrive in Israel. Could it have been inspired by David Ben Gurion, an homage in response to the round-up of Jews from Plonsk whisked off to Auschwitz?

Was my mother aware of the Polish orphans? If it had been reported in the Hadassah News she probably was. Perhaps it was too hard to talk about. The Youth Aliyah message I got from her during the 1950s was American Jewish youth (but not me) should be encouraged to go to the Homeland to build Israel. What could be a more noble mission for someone else’s child?

Many of the newsletters she got had exciting updates about the Medical Center Hadassah was building in Jerusalem. I remember my relatives’ pride: “Imagine in Israel, a brand new country, there will be a world class hospital and research center.” Israel’s success in attracting the best and the brightest is bitter-sweet: the scientific know-how arriving in Israel grew exponentially as a result of Hitler’s rise and fall from power.

I was pleased to read in that wikipedia article that the Hadassah medical center is open to everyone (i.e. Arabs). Given the many contentious conversations my mother and I had about “the Arab situation,” I’m surprised she never mentioned it. Could I have tuned her out? Definitely. My guess is that policy never made it into the Hadassah News; after all, if encouraging American Zionists to pull out their check books was a goal, why go there? It turns out, when a U.S. based charity raises money for an international purpose, our laws preclude the charity from denying other religions to benefit from that charity’s work. How wonderful, especially today, that U.S. law is responsible for this progressive policy.

What I remember most vividly about Hadassah was their reforestation projects. I had certificates to prove my name was linked to multiple trees in a forest somewhere in Israel. The initiative worked on a few levels: The trees would create much needed forest land; and much needed shekels, giving Hadassah donors a tangible reason to honor or memorialize someone. (Even now a tree costs $12; 10 trees for $100)

As a child, I pictured a girl on a kibbutz in a white T shirt and blue shorts planting a name-tagged seedling. I looked forward to going to Israel and looking for my trees in the Hadassah forest. This was a long forgotten memory until I saw “elderly” pine trees lining road after road. As we traveled I realized many were probably my contemporaries. Having just witnessed the “conifer fall-out” during New York’s “extreme weather” this winter, I feared for their future.

The palm trees, olive trees and fruit trees planted more recently and so intentionally along the roads going South represented newer forests. Our guide referred to all the forests as projects of the Jewish National Fund – JNF. Wikipedia tells quite a story about JNF’s stewardship over trees and land. And like just about anything else, there are at least two sides to this story. My guess is The Hadassah News reports aligned with those on the JNF website .

What a metaphor. There’s so much to value and love about the homeland the Jews established. They’ve achieved remarkable success in so many domains in the face of so much adversity. To me, sadly, it’s the blind spots, bigotry, greed, and corruption that stand out as heart-breaking flaws. Like so many, I wonder what it will take for Jews and Arabs to create an ecosystem safe and flexible enough to offer a secure and prosperous future for all within their borders?

Finally, you can’t miss how the JNF story speaks to the challenges and opportunities confronting climate change everywhere:

Like so many I wonder what it will take for all of us on this planet to really get it. We are facing an existential threat. There are ways to avert it, but they take extraordinary sacrifice, flexibility, collaboration, and participation, not to mention a very long view. No doubt, the first step is awareness.

Ready to dive into the tall grass? This article gives you a sophisticated primer with surprising answers based on seminal studies like The Drawing Down Project by Paul Hawken. Take the Eco-System Challenge – there are so many ways to help the team.

7 thoughts on “Belated Greetings from the Galilee: Roots, Branches, Forests and Power”