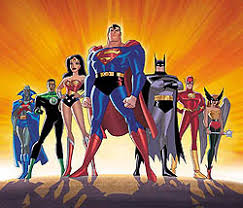 Most of us don’t know much about what our investment dollars are doing. Retirement funds and mutual funds operate like opaque machines – you put money in and they spit money out. But, when you look closer, you’ll find that funds have super powers that help them shape the nature of our society.

The basic function of a fund is to invest your money in a selection of companies. Many people discover that their funds invest in companies that are antithetical to their beliefs. I was shocked to find out I was invested in fossil fuel companies that spread misinformation about climate change – the very same companies that I had campaigned against as a college student!

A fund’s most fundamental power is to choose how it will make money for you. Does it invest in companies you believe in or in companies you might want to protest? Funds use several strategies to invest in socially and environmentally friendly companies.

Funds like those that are fossil fuel free use negative screen. They decide NOT to invest in companies in a certain industry (like tobacco and firearms) or region (like Apartheid South Africa). Some funds only invest in ‘green” companies.  This is known as thematic investing or positive screening.

A majority of the funds that invest in socially and environmentally friendly companies use ESG integration, which means they think about Environmental (like carbon emissions), Social (like working conditions), and Governance (like board diversity) issues when choosing companies to invest in. Many funds look at ESG issues primarily because they are good predictors of financial performance. Companies with poor working conditions and human rights violations risk losing brand value and face lawsuits. Companies with energy efficient products stand to benefit from climate legislation and regulation at the international, state, and local levels (and hopefully national in the near future). And companies with greater board diversity benefit financially from more diverse perspectives.

How is Choice a Super Power?

People often say that ethical investing doesn’t work because other investors will just buy the shares of bad companies that you sell. But when enough funds invest in socially and environmentally beneficial companies, companies will notice that social and environmental performance is valued and change their behavior. And because financial outperformance attracts new investment dollars and copy cats, these funds are helping to build the scale needed to create significant change.

It’s clear that your fund makes you money by investing in companies on your behalf. But there’s still a lot more going on behind the scenes. When a fund invests money in a company, it becomes a part-owner of that company. And ownership comes with access to the company and the power to persuade.

Every fund has conversations with company managements. Funds want to learn about a company when deciding whether to invest. As part of these conversations, funds can ask questions about the company’s climate change strategy. Some funds take it a step further and encourage companies to improve – often with great success.

For example, since 2015, Boston Common Asset Management has led a coalition of investors in engagement with banks on climate change. Following dialogues with the coalition, Barclays agreed to link senior executive compensation with performance on climate strategy, and JPMorgan Chase created policies to prohibit the financing of new coal-fired power plants in high-income countries.

In addition to access, ownership comes with a vote – and the opportunity to decide what to vote on. A fund can file a shareholder proposal (also called a shareholder resolution) that all investors get to vote on at the company’s annual meeting. It’s very possible that you’ve seen these proposals before. They’re in the proxy statements that you get in the mail every year if you own any stocks directly. Shareholder proposals on social and environmental issues have led to massive company changes.

Ford is a great case study. In 1999, Ford left the climate denying Global Climate Coalition; in 2005 it was the first auto company to report on climate risk; and in 2008 it set major greenhouse gas reduction targets, all following shareholder proposals.

Mutual funds engage not just with companies, but also with public policy. Almost every fund has some interaction with policymakers because it is in a fund’s best interests to create a regulatory environment that is good for business. Some funds use these interactions to support good social and environmental policy. For example, in 2016, a coalition of investors released a statement opposing North Carolina’s discriminatory Bathroom Bill, bolstering the campaign that resulted in the bill’s repeal.

Some funds have focused particularly on climate policy. For example, a group of investors sent letters and met with a number of states in a successful effort to expand and strengthen the Regional Greenhouse Gas Initiative which fights climate change in the Northeast and Mid-Atlantic. Funds have also increased support for the Paris Climate Agreement both because it benefits the world and because it creates a more stable business environment. 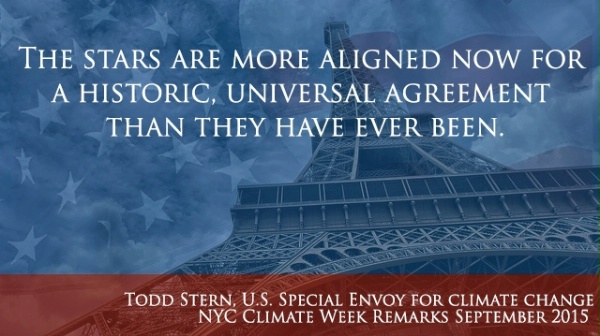 Armed with the powers of choice, persuasion, and influence, the funds we invest in shape the nature of our society. They determine which company behaviors are rewarded with investment, and they influence the operations of companies across the whole economy. These funds get their power by investing your money. You have the ability to give your slice of power to a fund that uses its super powers for good. Now that you know all that a fund can do, it only makes sense to evaluate funds based on how they use their power to create social good, not just expected financial returns.

Next time I’ll write about how to choose a fund that advances the values that you care about. Stay tuned!